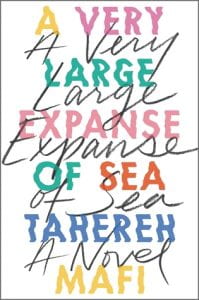 It’s 2002, a year after 9/11, and Shirin has just started at yet another new high school. It’s an extremely turbulent time politically, but especially so for a sixteen-year-old Muslim girl who’s tired of being stereotyped. Shirin is never surprised by how horrible people can be. She’s tired of the rude stares, the degrading comments – even the physical violence she endures as a result of her race, her religion, and the hijab she wears every day.

Shirin drowns her frustrations in music and spends her afternoons break-dancing with her brother. But then she meets Ocean James. He’s the first person in forever who really seems to want to get to know her. It terrifies her -they seem to come from two irreconcilable worlds – and Shirin has had her guard up against the world for so long that she’s not sure she’ll ever be able to let it down. 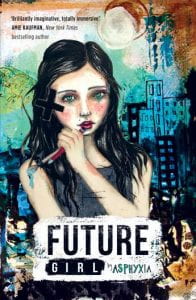 Future Girl explores what it means to come of age as a Deaf teenager, against the backdrop of a near-future Melbourne on the brink of environmental catastrophe.

Piper’s mum wants her to be ‘normal’, to pass as hearing and get a good job. But when peak oil hits and Melbourne lurches towards environmental catastrophe, Piper has more important things to worry about, such as how to get food.

When she meets Marley, a CODA (child of Deaf adult), a door opens into a new world – where Deafness is something to celebrate rather than hide, and where resilience is created through growing your own food rather than it being delivered on a truck.

As she dives into learning Auslan, sign language that is exquisitely beautiful and expressive, Piper finds herself falling hard for Marley. But Marley, who has grown up in the Deaf community yet is not Deaf, is struggling to find his place in the hearing world. How can they be together? 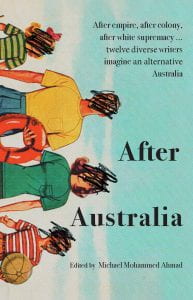 In this unflinching new anthology, twelve of Australia’s most daring Indigenous writers and writers of colour provide a glimpse of Australia as we head toward the year 2050. 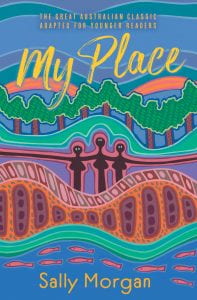 Since its publication in 1987, Sally Morgan’s My Place has sold more than half a million copies in Australia, been translated and read all over the world, and been reprinted dozens of times. Sally’s rich, zesty and moving work is perhaps the best loved biography of Aboriginal Australia ever written. My Place for Younger Readers is an abridged edition that retains all the charm and power of the original. 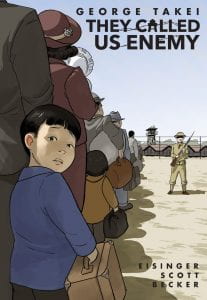 In a stunning graphic memoir, actor/author/activist George Takei revisits his haunting childhood in American concentration camps, as one of 120,000 Japanese Americans imprisoned by the U.S. government during World War II. Experience the forces that shaped an American icon — and America itself — in this gripping tale of courage, country, loyalty, and love. 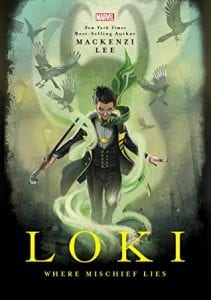 An epic tale across the realms. A deadly power that spans millennia. A story of struggle and betrayal, this adventure is told through the patchwork past of Marvel’s most misunderstood mischief-maker of all time: Loki: Trickster. God of Asgard. Brother. 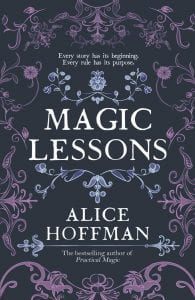 English field in the 1600s. Under the care of gentle Hannah Owens, little Maria learns about the ‘Unnamed Arts’. Maria has a gift for them – a gift that may well prove her undoing.

When Maria is abandoned by the man who has declared his love for her, she follows him to Salem, Massachusetts. Here she invokes the curse that will haunt her family. And it’s here that she learns the rules of magic and the lesson that she will carry with her for the rest of her life. Love is the only thing that matters. 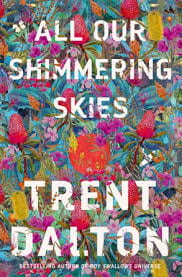 This is the new novel from Trent Dalton, who wrote the highly acclaimed and awarded Boy Swallows Universe.

Darwin, 1942, and as Japanese bombs rain down, motherless Molly Hook, the gravedigger’s daughter, is looking to the skies and running for her life. Inside a duffel bag she carries a stone heart, alongside a map to lead her to Longcoat Bob, the deep-country sorcerer who she believes put a curse on her family. By her side are the most unlikely travelling companions: Greta, a razor-tongued actress, and Yukio, a fallen Japanese fighter pilot. The treasure lies before them, but close behind them trails the dark. And above them, always, are the shimmering skies. 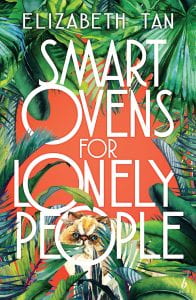 A cat-shaped oven tells a depressed woman she doesn’t have to be sorry anymore. A Yourtopia Bespoke Terraria employee becomes paranoid about the mounting coincidences in her life. Four girls gather to celebrate their fabulous underwear.

With her trademark wit and slicing social commentary, Elizabeth Tan’s short stories are as funny as they are insightful. This collection cements her role as one of Australia’s most inventive writers. 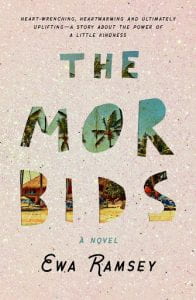 Two years ago she was a normal twenty-something with a blossoming career and a plan to go travelling with her best friend, until a car accident left her with a deep, unshakable understanding that she’s only alive by mistake.

Caitlin deals with these thoughts by throwing herself into work, self-medicating with alcohol, and attending a support group for people with death-related anxiety, informally known as the Morbids.

But when her best friend announces she’s getting married in Bali, and she meets a handsome doctor named Tom, Caitlin must overcome her fear of death and learn to start living again. 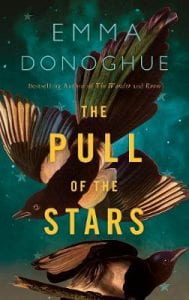 I am a huge fan of Emma Donoghue’s book Room and was very excited to hear of her new book. Set during the 1918 Spanish Flu pandemic, it may be a challenge to read it during our very own global pandemic, but it may also be the perfect read.

In an Ireland doubly ravaged by war and disease, Nurse Julia Power works at an understaffed hospital in the city centre, where expectant mothers who have come down with an unfamiliar Flu are quarantined together. Into Julia’s regimented world step two outsiders: Doctor Kathleen Lynn, on the run from the police, and a young volunteer helper, Bridie Sweeney. 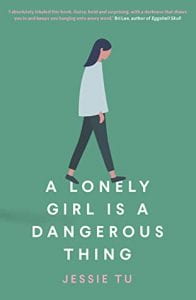 Growing up is always hard, but especially when so many think you’re a washed-up has-been at twenty-two.

Jena Lin plays the violin. She was once a child prodigy and now uses sex to fill the void left by fame. She’s struggling a little. Her professional life comprises rehearsals, concerts, auditions and relentless practice; her personal life is spent managing the demands of her strict family and creative friends, and hooking up. And then she meets Mark – much older and worldly-wise – who consumes her. But at what cost to her dreams?

When Jena is awarded an internship with the New York Philharmonic, she thinks the life she has dreamed of is about to begin. But when Trump is elected, New York changes irrevocably and Jena along with it. Is the dream over? As Jena’s life takes on echoes of Frances Ha, her favourite film, crucial truths are gradually revealed to her. 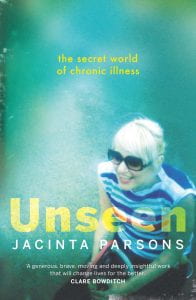 Broadcaster Jacinta Parsons was in her twenties when she first began to feel unwell – the kind of unwell that didn’t go away. Doctors couldn’t explain why, and Jacinta wondered if it might be in her head. She could barely function, was frequently unable to eat or get out of bed for days, and gradually turned into a shadow of herself. Eventually she got a diagnosis: Crohn’s disease. But knowing this wouldn’t stop her life from spiralling into a big mess of doctors, hospitals and medical disasters.

Blurbs in this post have been taken from the publishers’ sites.

Ever wondered how you can tell if a social media account is real or a fake created to cause division? Here’s a nifty little quiz that can give you some pointers. It’s from Clemson University in South Carolina and even if, like me, you maybe didn’t do as well on the quiz as you would have expected to (5/8… disappointing), it’s very interesting. 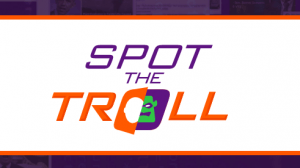 The program commences with Long Time Living Here, the Acknowledgement of Country, sung. by Deborah Cheetham AO, then there is the world premiere of Dutala – Star Filled Sky by Cheetham. This is followed by Beethoven’s 9th Symphony with the amazing performance of the acrobats from Circa Contemporary Circus. All just beautiful.

This is from It’s Okay to Be Smart from PBS in the US. It is aimed at an American audience, so in the second video there are references to American laws and stats, but the basic info is current and interesting. Check it out.

Some folks have had a lot of fun with this, and gee it makes me giggle!