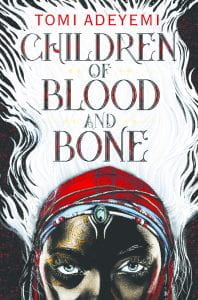 Once, there was magic but it was destroyed and most of the maji were killed by the king. The kingdom rules with oppression, raising taxes and enslaving those who cannot pay them. Now, Ziele, a young girl whose mother was murdered and who has maji in her, has the chance to bring back magic. It’s a journey that she doesn’t know if she can complete, but she has her brother and various other folks along the way to help her.

I love a good YA dystopian fantasy. It’s an adventure and it’s urgent and exciting. There were several parts in it where I became cross because surely, if you’re on such an important path, don’t get distracted. It’s too important. This is not a time to stop, it’s not a time to celebrate, it’s not a time to fall in love. Get your job done! Still, regardless of these flaws, I was really into the story and the world.