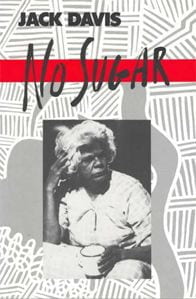 No Sugar is a play from the mid-eighties set in the twenties about Indigenous Australians who were forced to relocate. There is a lot of shameful Australian history, but the fact that the European settlers wanted to destroy the Aboriginal population and went about it through massacres, forced relocation and the Stolen Generation is such a major part of it.

I think that there are a lot of elements to this play that are now quite dated, although that may just be the way plays from the eighties read to me. What is not dated is the importance of this story, the influence that the past has on the present and what we can do to make things better for the future.