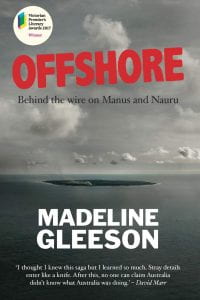 Living in Australia today means living in a country that treats a lot of people badly, and asylum seekers, especially if they arrive by boat, are amongst the worst. If you don’t believe it, read this book.

I’m glad I read it. It summarises what happened to have government policy create these offshore camps, what appalling conditions existed, the number of attempts to show how bad it was and the way the government refused to admit any error. One day, there will be an official apology to the people who were on these islands – and maybe to the staff as well – but not for decades. For now, both still house asylum seekers.